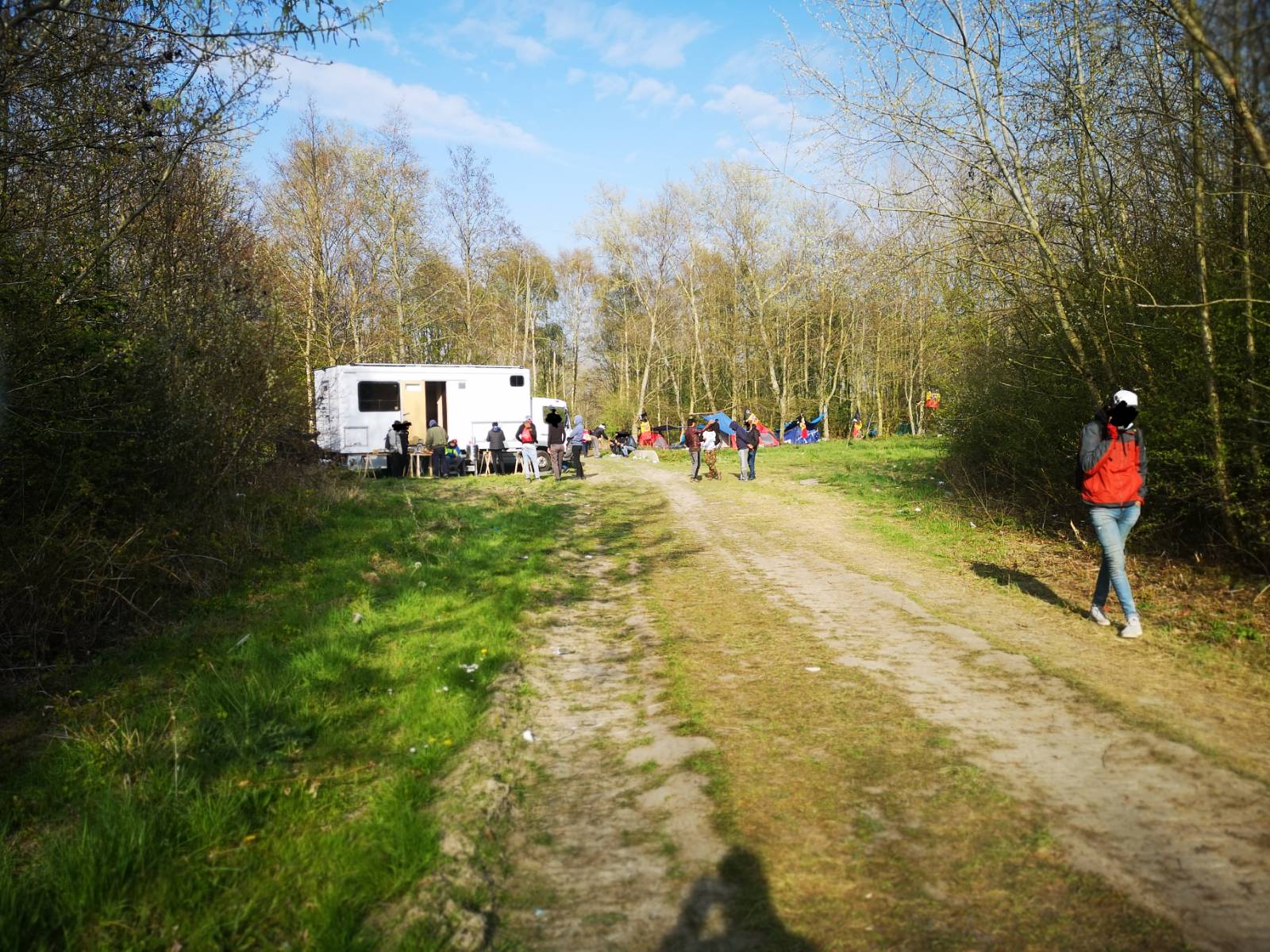 Since the truck arrived at the beginning of March, we have been driving several times a week to the camp in the “Puythouck” park, which is more like a wasteland and is only called the “playground” by everyone because of the small playground on site. Between 150 and 300 people live in the informal camp, this number varies greatly due to the high fluctuation. Fortunately, a lot of people still make it to Great Britain.Even if a few other groups on site already cover many basic needs, our charging station, at which around 80 devices can charge at the same time, is very well received. After setting up the station together, there will be plenty of time to chat and drink tea. The individual experiences and fates are diverse. Many of the people have already lived in Germany for a number of years, but due to the lack of perspectives and systematic exclusion, many are looking for a more humane life and are therefore trying to get to Great Britain.In addition, we have already cooked for around 100-150 people on some Friday evenings, as dinner is not covered by other groups on this day. Even if, significantly less than in Calais, the people at the “Playground” are also exposed to immense police repression and evictions are carried out regularly and at unpredictable intervals from the chicane. Even in the short time that we are here, we have been able to observe how people on the move are pushed further and further into the forests of the park, their tents are destroyed and they have to find their way around anew every time.Last Friday the camp was cleared again. Only this time, the tents were not simply destroyed, but “removed” with excavators and brought to a new location approx. 5 km from the “Playground”, where they were rebuilt. This new camp is remote from the city and the road, in the middle of a wooded wasteland next to train tracks and a chemical plant. The residents of the old camp were threatened with repression by the police and persuaded them to move with the rest of their belongings to the new camp. There, even an extra area for the work of the NGOs was heaped up with gravel and an additional water point was installed, which is obviously way too small for the large number of people. Later that day it looked like the camp had existed forever. The aim was to build this out of the sight of the local population, true to the motto “out of sight, out of the senses”.That this is not an improvement of the fundamentally shitty situation, but simply a relocation of the humanitarian catastrophe to another place, is probably obvious here.

Solidarity instead of charity!