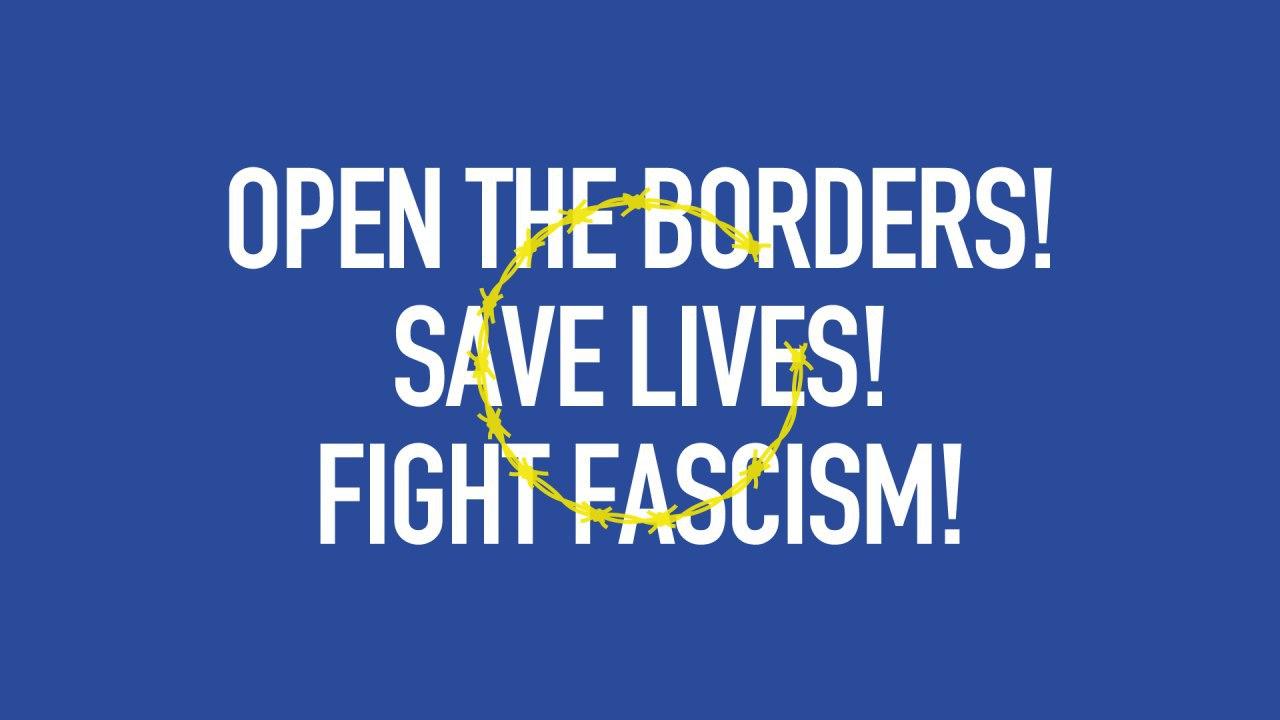 We will not stand by and watch as people are killed and attacked with tear gas, batons and gunfire by the Nobel Peace Prize winner EU! We are against the isolation of Europe and demand that the EU complies with basic human rights! We stand in solidarity with refugees and with all who are fighting for human rights!

Since Turkey unilaterally opened its borders, thousands of people have been trapped in a lawless no man’s land between the Greek and the Turkish border. Boats with refugees are being blocked from docking by fascists in Greece. The Greek Coastguard is doing nothing while refugee boats capsize. Refugees, volunteers, politicians and journalists are being violently attacked, menaced and hunted.

Greece has announced to „maximize“ its border protection and has suspended the right of refugees to seek asylum. The Greek Government is depicting refugees as an „invasion“ and is working hand in hand with fascists. The isolation of Fortress Europe has reached a new dimension, the EU is using pure violence against those who seek protection.

In Germany politicians are demanding to continue with the isolation and with the 4-years old EU-Turkey deal. This EU is ready to be blackmailed by Erdogan and fascists within European walls. In consequence, people are dying, this is not our EU!

Hate and hate speech blossom in an environment of racism. The continuation line from Hanau to Lesvos is clear. Racism is a structural relation of power, a colonial heritage. Let’s rise up against this! Here! There! Anywhere!

*We are coming together this (3/3/2020) evening in front of the Federal Chancellery to demonstrate that we are not willing to accept this! We can’t let people die on the borders of Fortress Europe.

We demand that the EU finally takes responsibility and takes in refugees!
We demand safe passage for refugees!
We demand the end of EU isolationism and the toxic EU Turkey refugee deal!
We demand that the 138 “Safe Harbours” in Germany, the cities and municipalities that have declared their will to take in more than the determined quota of refugees will be heard!
We call on Horst Seehofer, the Federal Ministry of the Interior, Angela Merkel, the Federal Government and the European Union: protect people, not borders!

We stand in solidarity with the refugees at the Greek-Turkish border and on the Greek islands!