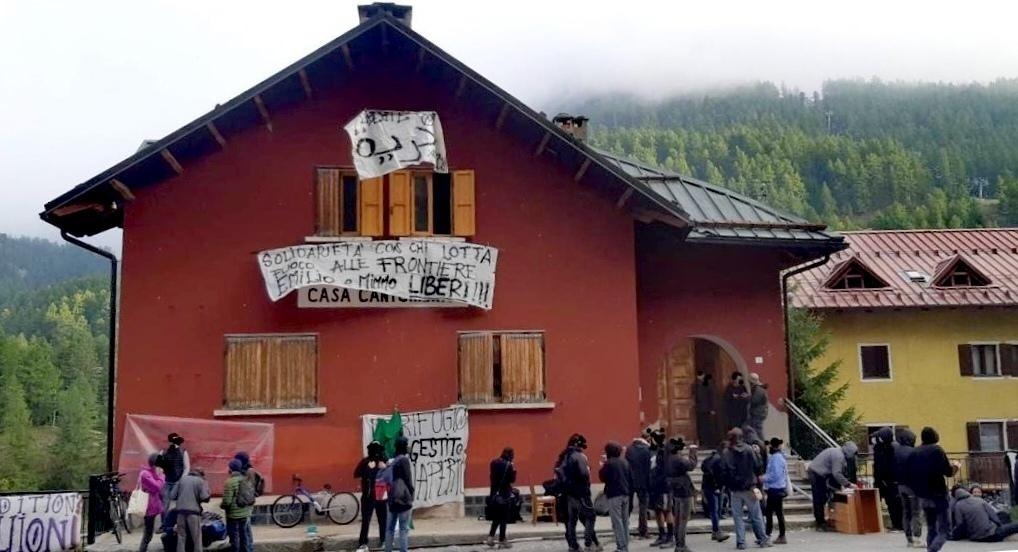 End of our first mission – the truck is back in Germany for now
After the eviction of the occupied „Refugio“ on August 5, the solidarity support structures had to leave the mountain village of Claviere, which is located directly on the French-Italian border, due to the increased pressure of repression. Since the border camp next to it, to which our truck belonged, was also a target of repression, we also had to look for a new location. We found it in the Italian village of Oulx, 16 km from the border and about 1000 meters lower in altitude. From there, the team was able to resume the support work, but was not left without police controls.
Also during the time in Oulx, the authorities developed numerous new methods to further worsen the situation for people without papers:

In order to at least counter this development to some extent, the „Casa Cantoniera“, which has been empty for years, was occupied by solidarity groups on October 3 in the immediate neighborhood of the border.
Since then the infrastructure of the truck was less needed and further staying became impossible due to the breakdown of the heating system and the beginning of winter, it was time for us to leave Oulx in order to carry out important repairs in Germany.

The Struggle at the European internal and external borders continues: Shortly after our arrival in Germany we received the news of the eviction of the previously occupied house – the situation could hardly be worse for people without papers in the icy mountain region in the coming winter months.

We call on you to continue to inform yourself about the developments in the region at https://www.passamontagna.info/?lang=en and to think about how you can help!