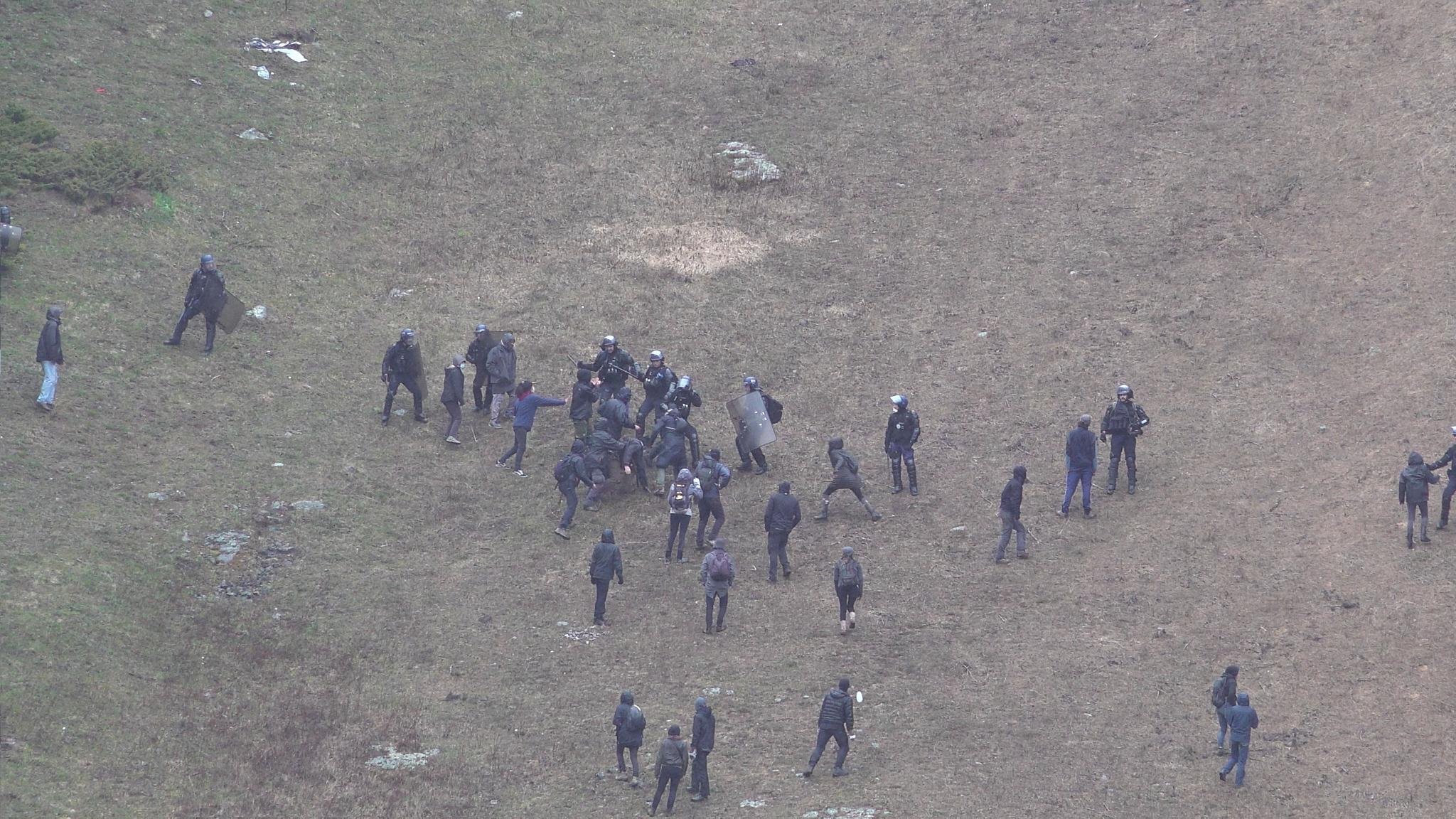 During our last days on the English Channel, we stopped again at the so-called BMX – a Jungle in Calais. We met there a community from Eritrea, whose people communicated with us mainly in German, as they had spent several years in Germany before coming to France. It is always shocking for us that people are shown so little appreciation and are pushed out of their adopted country again by the racist structural conditions/requirements here.  As we left for Oulx (Northern Italy) in the following days, we said goodbye to the communities there in Calais as well as at Grant Circle/Puthouck in Dunkirk and started full of enthusiasm to our new location in Northern Italy. In Oulx, since 2018, there was the autonomously organized center “Casa Cantoniera”, which provided temporary shelter and many other support services to people who wanted to cross the Italian-French border. This center was subject to a great repressive pressure from the authorities there, who finally found ways and means to shut down the center this year. Against this background, the Italian structures of the former “Casa Cantoniera” made a call for support, as they were deprived of any infrastructure and any independent support on the very dangerous escape route across the Alps was made impossible.

Besides the Italian activists, there are only a few other organizations that take care of this catastrophic situation. For example, one can find a more or less improvised “tent station” in the form of a single plastic tent from the Red Cross. According to reports, however, this station is no real help for People on the Move, since they are only superficially cared for and treated almost paternalistically. Thus, the No Nation Truck was more than welcome to be part of the structures on the ground that want to provide undogmatic and direct support without having to yield to an institutional top-down gradient. The prelude of our arrival was a so-called “Unlock the border Camp” on May 14/15/16, 2021, where our truck provided part of the infrastructure. The weekend was characterized by a demonstration that crossed the Italian-French border and was attended by supporters from several cities and communities. In addition to the demonstration, a large structural plenary was held, in which, among other things, future infrastructure plans were discussed. Unfortunately, this weekend was also accompanied by police violence, with French cops in particular standing out and harassing the peaceful demonstration. In conclusion, we can definitely speak of a successful weekend through the camp. This lasted longer than expected until 19.05. In addition, a structure could be established through the camp, which secured the basic needs of People on the Move. However, again the repressive organs of the local border police have to be mentioned, who actively participated in push backs in the woods. Our truck will now stay at the Italian-French border for the time being and will be a local contact point for electricity and food supply as well as for medical first aid.